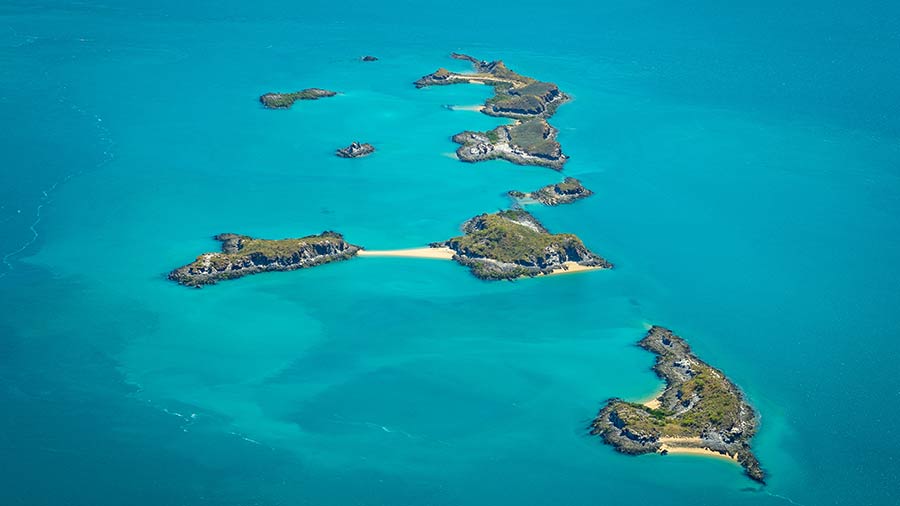 The beautiful Buccaneer Archipelago is made up of nearly 1000 small, rugged islands, most of which are surrounded by tempting turquoise waters. As attractive as these waters might look, there are Saltwater crocodiles in the area as well as sharks. Be vigilant.

In fact, nature abounds in the Buccaneer Archipelago with a boast-worthy number of mammals, insects and reptiles. On Koolan, one of the two major islands, there are thought to be 11 different species of snake, including the deadly Taipan alongside skinks, geckos and lizards.

The wildlife isn’t the only deadly thing in the area. The high tides have also taken their toll on human lives with graves of early day pearlers scattered around the Archipelago.

Aboriginal artwork can be seen on many of the islands as well as evidence of the days in which communities lived and thrived in these areas, using rafts made from mangroves to travel between islands. Macassan fisherman also used this area and planted taco plants and Tamarind trees which still survive today.

In its later history, the Buccaneer Archipelago has been used for mining iron ore with two plants located on Koolan and Cockatoo islands. Both of these sites have had as many closures as reopenings, with one on Koolan currently operating under strict marshalling and agreement of the indigenous people to whom the land belongs.