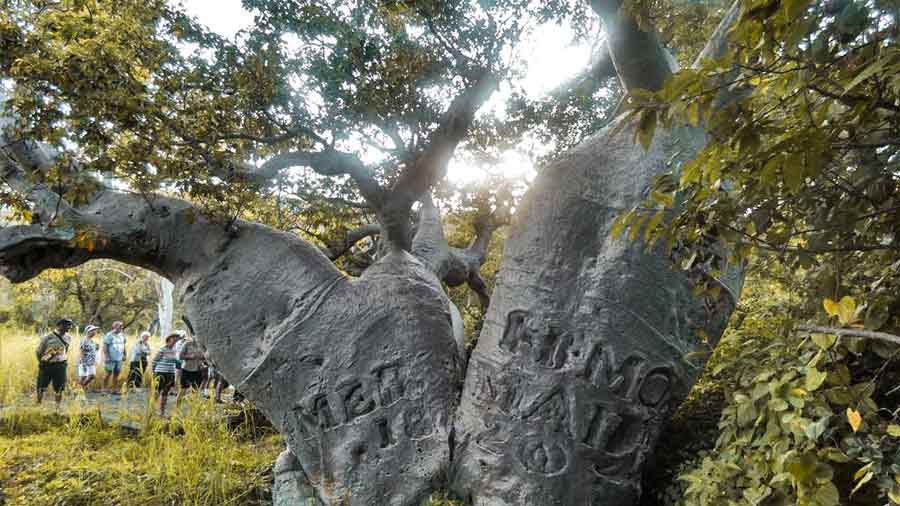 Careening Bay, named after historical events back in 1820. It was at this time that Lieutenant Phillip Parker King, on his third trip charting the coast of Western Australia, got into trouble. His cutter The Mermaid began taking on water and drastic action was required. Waiting for the right tidal conditions, Parker King landed her on the beach. Hence the name.

Fortunately for Parker King there were those less fortunate before him. The crew salvaged metal from nearby shipwrecks, melted it down and were able to make repairs. During the ten days that it took to complete the maintenance, the ship’s carpenter visited the local Boab tree and carved ‘HMC Mermaid 1820’ into the trunk. Nearly 200-years later, the lettering has grown to 12m high and is a big tourist attraction. The Boab, a distinctive tree with a fat trunk and few leaves, was evidently as much a pull to visitors in days-gone-by as there is also an old Makassan Islamic prayer alcove at the rear of the tree.