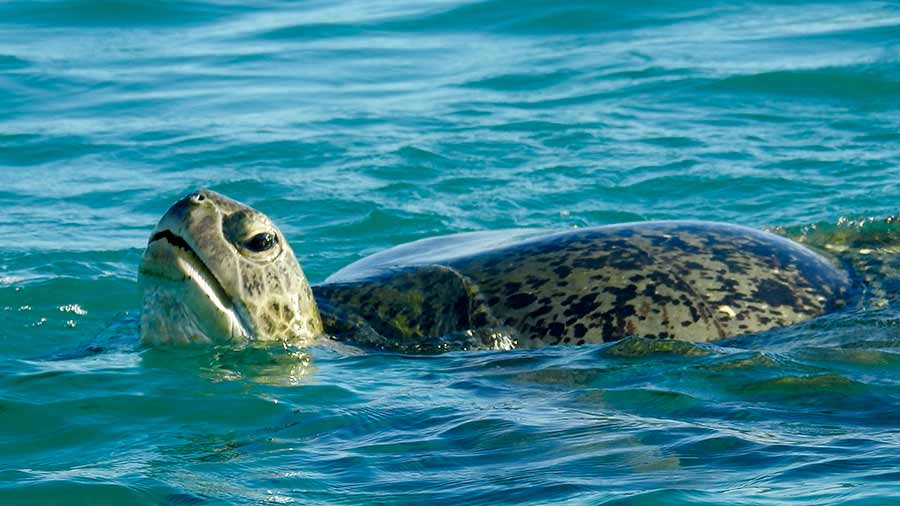 The Kimberley region has so many places that you will want to visit -many of them far-flung. However, in terms of ‘feeling’ remote, we think The Lacepede Islands win hands down…

Named after a French explorer, the Lacepedes (as they are also known) is a 12km island chain 120km from Broome. Despite its proximity to the Dampier Peninsula, an expedition to the Lacepedes feels like you are visiting another planet. With the Lacepede Channel between it and the mainland, the islands are remote enough to make it a wildlife haven.Managed by the Department of Environment and Conservation, the Lacepedes is a birdwatcher’s paradise. As an established Important Breeding Area (IBA), landings are not allowed. However, you can still get close enough to witness the non-stop activity.

The islands play home to many different types of seabird. Experts estimate over 1% of the world’s Brown Boobies nest on the islands. As well as Brown Boobies, they provide nesting grounds for roseate terns, masked boobies, silver gulls, tattlers, ruddy turnstones, great knots and sand plovers. With its flat and treeless landscape, twitchers get a first class view of the birds in action. Even better, whatever the time of year, there is always something to watch.

The endangered green sea turtle also calls the Lacepedes its home. Conservationists regularly monitor the reptiles’ migration from the islands, declaring it one of the world’s most important turtle nesting sites.
In the waters, it’s common to witness rays, sea snakes and different species of whale. It is here that the Omura whale was sighted. Never heard of it? No wonder, there is very little known about this type of whale; in fact, it was only ‘classified’ in 1999 when scientists were able to distinguish it from other species. It is thought to be most closely related to the Blue Whale.

The four islands: West, Middle, Sandy and East (this one has a lighthouse) lie on top of a platform of coral reef with a little greenery. The most common plant growing there is called the Roly Poly tumbleweed, which is strong enough to withstand the harsh conditions to which the islands are exposed before it rolls off into the sea.

The island chain also holds a bleak history regarding its exploitation of Aborigines. It was on these islands that the kidnapped were marooned, held against their will and forced to sign up to work as pearl divers and processors. As surprising as it may seem, the islands were also the site of an international dispute over the mining of guano which resulted in the USA and Western Australia coming to blows.

These little islands, in all their remoteness, are a surprising hive of activity, offering interest for both the wildlife lover and history enthusiast while touring the Kimberley.