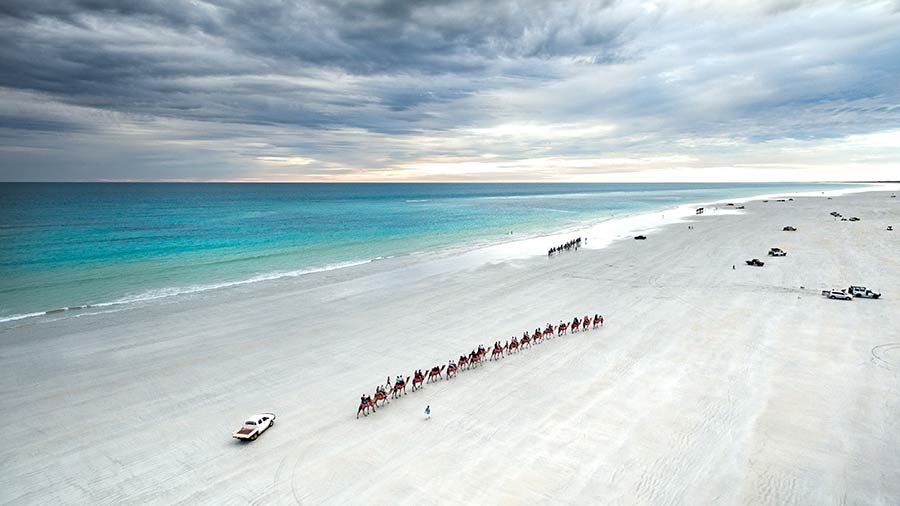 Broome today is known as the place where the desert meets the sea. Where, despite its size and remoteness, you can find many of the amenities that larger cities offer. Now used as a gateway to the Kimberley region and its beautifully remote landscape, you could say that Broome was only put on the ‘map’ in 1879 when pearling became a prominent and profitable industry.

Many credit the discovery of Broome to William Dampier in 1688. However, this is not the case. Although Dampier sailed in the region and wrote about it in his diaries all he did for ‘Broome-to-be’ was to stir up interest with his diary extracts depicting the rich pearl sea beds of the region.

By the 1870s pearling had taken off in North Western Australia to the point where, in 1879, Roebuck Bay was established as a pearling port, with Broome the capital of the region. It was named after the then Governor of the colony, Frederick N Broome.

Of course, Aboriginals lived and thrived in this region for tens of thousands of years prior to this and, in an all too familiar story, were exploited by the new settlers. The pearling industry guilty of enslaving the indigenous people as skin divers or to work on the luggers.

To this day, Cable Beach is touted as the ‘must see’ beach in Broome. Why? Because of its 22km of pristine sand, framed on one side by the red rock and the other, by the lapping of the Indian Ocean. It got its name because, back in 1886, a telegraph cable reached to this beach from Java, connecting this region of North West Australia with the rest of the world.

During its heyday, Broome was known as the Queen City of the North. The boom in pearling between 1889-1891 meant that the town thrived, and it became the second largest port in North Western Australia.